Kayakerguide is supported by its readers, buying through our links may cause us to earn a commission. 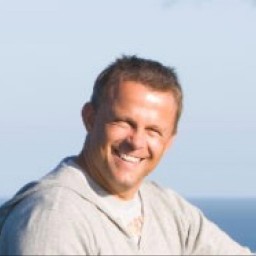 Here at kayaker guide we are pretty serious about our kayaking  and most weekends and holidays we will be out on the water, if we didn’t have day jobs we’d probably be out in our kayaks all week as well!

In the past we have been asked what our recommendation would be for a real inexpensive kayak, that is durable and easy to transport and would be good for occasional use not serious kayaking.

Without any hesitation we would recommend the Intex Challenger K1 Kayak,  if you click on the link below it will take you to a great discount price at Amazon at the moment who also offer free shipping.

You may check here first the best inflatable kayak on the market.

So Why The Intex Challenger K1 Kayak?

Straight off everything  you need comes included , you get the kayak, a pump, paddle and a kit to patch it up in the case of a leak. We would recommend that you invest in a life vest though.

As mentioned in out introduction this is a really inexpensive kayak especially if you get it at the discount price with free shipping at Amazon. You do need to take the price into account though and do not expect too much from this kayak. It will be great for messing about on a calm lake but you are not going to be able to take it on white water rapids!

The pump that it comes with works really well and using this hand pump you can get the Intex Challenger inflated in around 10 minutes . It also deflates in a couple of minutes so can be packed up and stored away in no time.

This inflatable kayak is made of durable plastic and as well as being hard wearing once on the water is very stable which  is perfect for kayak novices.

Like all inflatable kayaks it is easy to store and light enough to carry short distances it weighs less than 30lbs so your average person should be able to inflate it and transport it to the water without any difficulties.

We were impressed with  the storage space in the boat, a large area behind the seat can fit a small cooler, while the cargo net area at the front is perfect for stuff that you’ll want quick access to while you are on the water.

It also comes with a black carry bag,made of high strength material and shaped a bit like a large briefcase it makes it easier to carry and easier to store as well as giving the kayak some protection.

Most of the users of the Intex Challenger K1 Kayak had been looking for a low cost kayak that would be used occasionally to get them out in the great outdoors and have some fun. There were some serious kayak enthusiasts as well who were impressed with the K1.

Here’s what a couple of user have to say;

“A very good value for those occasional kayakers (like us!) who aren’t inclined to spend a lot on either the kayak or the travel racks.”

“As a child I enjoyed kayaking at camp and wanted my kids to experience it but couldn’t deal with the expense as well as the hassle of hauling it. This inflatable is the perfect solution at a fraction of the cost.”

The price of this kayak would be the clincher if you just wanted some fun on the lake or a gentle river  or any other calm water use. There have been a few issues from users regarding the paddle being not so great a quality. With the money saved on the kayak we’d suggest buying a life vest and a new paddle.

We’d recommend the Intex Challenger K1 Kayak  for occasional users, for kids playing around or for someone who wants to dip their toes into kayaking before  investing in something more substantial. A great fun kayak at a great price!

Want To Read Even More Before Deciding?

A More Detailed Review From Jacob Hodge Our Guest Writer

Intex Challenger K1 68305E & Intex Challenger K1 68305E is an inflatable kayak made of rugged super-tough vinyl, which is made stronger for durability. It has high visibility graphics that allow others to see you easily, and a cockpit which is designed for comfort and space and has an inflatable seat and backrest. The kayak is actually designed for lakes and slow moving rivers. Therefore, considering its low profile design you should not plan on taking it into white water rapids or strong ocean currents. This kayak has a streamlined design and its inflatable seat is built only for one passenger.

If you purchase the Intex Challenger K1 68305E, your purchase will include a paddle, inflatable seat and foot rest, pump, carrying case and a patch kit. Many reviews stated that the paddle is a little awkward, so you better look for a paddle that suits your taste rather than relying on the included product. Also, use an electric pump for faster inflating but be careful of over inflating. A pump which is included in your purchase is only a hand-pump so it might take some time to pump your kayak with it. However, use your common sense when inflating the kayak. Adjust the level of inflation accordingly and avoid overinflating which could cause seams to burst (you will not want this condition when venturing out in any inflatable kayak).

As mentioned before, this kayak only works for calm lakes and rivers. You should not expect it to track like the more expensive models, because you will not get much success with it. However, much of the success of tracking is actually depends on the skill of the person who is doing the paddling. So if you are skilled enough, there wont be much problem with you. Anyway, the handles of this kayak are good enough that you should find no problem with them.

The price of Intex Challenger K1 68305E is very affordable for an inflatable kayak. Amazon sells it at about $100, which is a good price for students or any kayak beginner. Although it is only a one-man kayak, it fits perfectly for those who are 60 tall and weigh 190 lbs. According to a customer, although he uses the included hand/foot pump, the kayak has never taken him more than about 4 minutes to inflate. Within the time he was able to fill four chambers of the kayak with air before he took off to the water. He even placed the pump into the kayak behind the seat, in case an air top-up is needed later. But instead of 4 minutes, it actually takes about 10 15 minutes to fill the all the chambers with air. To deflate the kayak, start with the floor bladder. Once this part deflated, you can use a towel to dry the inside. Next, deflate the upper body, start rolling the tip farther from the valve and when you get to the valve, roll the opposite tip towards the valve. This way, you will get the most air out. The storage and transport of the kayak are a breeze. You can store it in a small, cloth travel case about twice the size of a briefcase. It only weighs 25 pounds, which is relatively light. So if you have to carry it for about 0.5 miles to get to the river, it wont be a big deal to let it hand on your shoulder during your journey. There is a bungee cord storage area in front, which is great for carrying a fanny pack, water bottle, sandals, spare paddle, etc. Another storage space is behind the seat where you can place your hand pump for safety.

The Intex Challenger K1 demonstrates that maneuvering with an inflatable kayak can be very easy and it is great for river use. The boat is completed with two small plastic skegs which are about the size of your open palm. These skegs are placed at the center under of the boat to add a little directional stability and to allow you to rotate easily while still maintaining a fairly consistent non-zig-zag rowing pattern. For lake use, a customer suggested to use rear skegs, although they would also restrict quick turning. The buoyancy of the kayak is also very good. It tends to bottom out on sand bars when there is less than 6 of water. As for the paddle, although they are actually made of good quality, they seemed a little short (86). Try to purchase a pair of 96 paddles in your local sporting goods store. They will work much better for you.

The vinyl construction of Intex Challenger K1 68305E is actually pretty good but it doesn’t mean leak-free. However, if you experience any leaks, the vinyl repair kit included with your kayak purchase will be adequate enough for any small leaks you put in it. As you will get a little wet with any kayak, it is recommended to wear a swim suit or nylon shorts during kayaking. In calm water, most of the water will get in if you are not careful when launching or disembarking. Also carry a small hand towel to keep your hands and sitting area dry, and also to wipe down the kayak after the trip to clean off any dirt or water prior to storage.

What Others Have Said about Intex Challenger K1 68305E

About 50 percent of customers who purchased Intex Challenger K1 68305E via Amazon are very pleased with the kayak. They gave 5 star rating for the price, the package deal. It is lightweight, quick to inflate and deflate, and easy to store; very perfect for a small to compact-sized vehicle as you don’t need a truck or roof rack to transport the kayak. You can easily throw the kayak to the trunk of your car since it all fits in the enclosed duffle bag. However, the worst downside of this kayak other than complains about the paddles, is that the item doesn’t come with warranty. We don’t know if since it has a very affordable price, no warranty is actually needed.

There is one customer who gave 1 star rating to the item, as his paddle broke in half at his first kayaking with the boat. When he called for support to get it replaced, according to the customer service the item is not in stock and even not free for replacement. It actually makes sense since the paddles are perhaps just the complementary items of the purchase. But still, no warranty for the kayak itself should (perhaps) make you think twice before purchasing this item.

Check Latest Price
Other inflatable kayak reviews you'd like to read below;

PELICAN Unison 136 Tandem Kayak Review and detailed opinions and feedback on whether this is the best kayak for you.

Andrew is a seasoned kayaker with 15 years of experience under his belt. He began kayaking as a way to reduce work stress but quickly became an avid kayak fisher and lure expert. He currently enjoys both lake and ocean kayaking and loves to write and share his experiences.

This site uses Akismet to reduce spam. Learn how your comment data is processed.